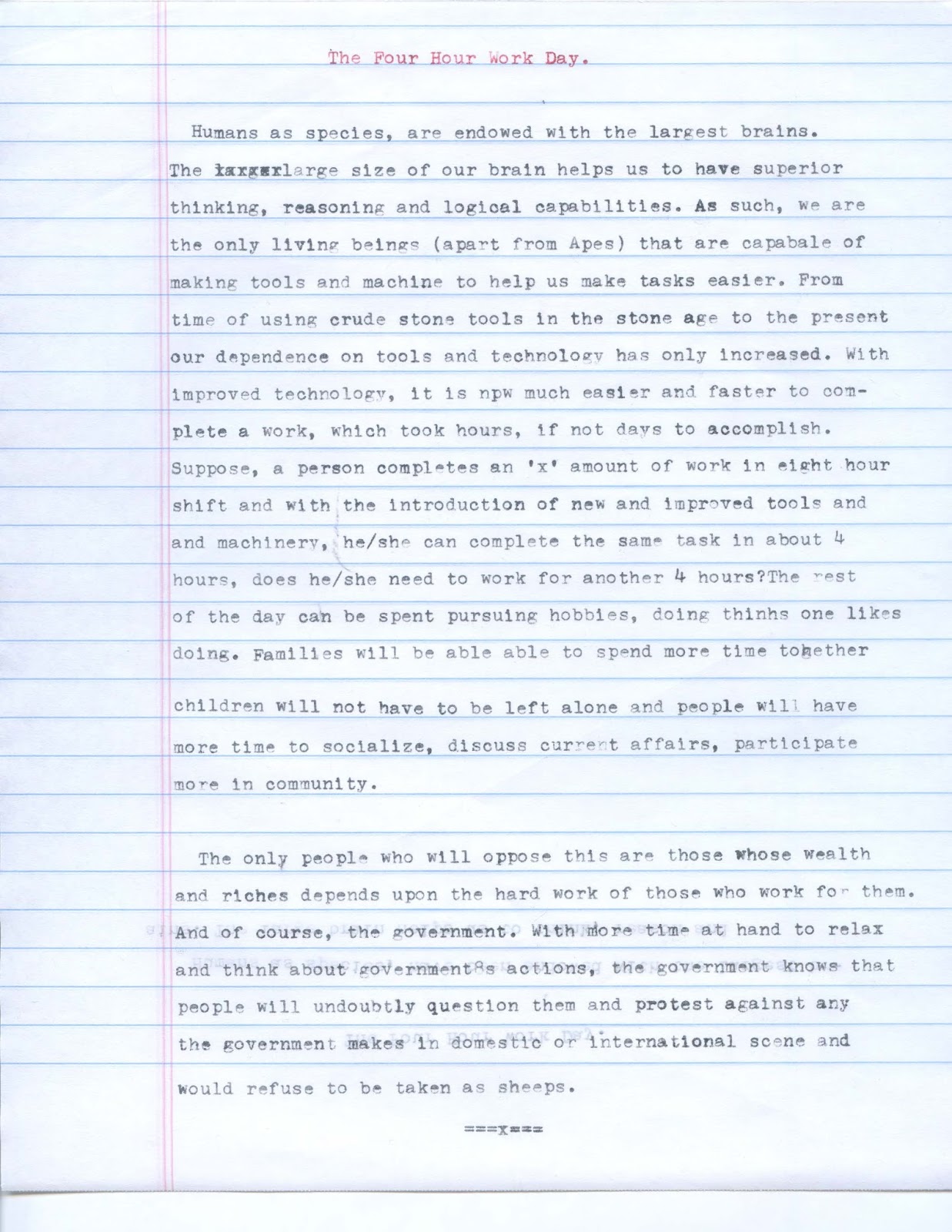 This post was supposed to be done on a typewriter first and then uploaded to the blog page, but due to some technical issues, I decided to post it as a "normal" blog post.

Gone are the days when people used computers with high powered processors running applications that consumed tons of physical memory in form of RAM and Hard disks to accomplish simple tasks such as writing letters, memos and sending emails. Now some people use typewriters to accomplish the job. The device runs on human energy, requires no updates, no lengthy license agreements, will work without power (thermal/hydro/nuclear) and is eco-friendly too and USPS is happy to see you dropping off your letters and buying postage stamps.

Gone are the days when people used GPS to get from one place to another. The newspapers often carried stories of travelers in wilderness losing their way and only to be rescued by Park Rangers and when they were asked how they landed up in such a situation, pat came the silly reply "Uh...well, I just followed what my GPS told me!". Yet some people have decided that they will not be fooled, that they will not spoon-fed via "instant gratification", they will not hold the finger of digital technology to do something they could themselves do on their own and that as mature human beings, they take full responsibility of their well being and safety. These people use a simple paper map, a small compass and map reading skills and find their way out. Nothing fancy and at the fraction of the cost of the "state-of-art" GPS.

Gone are the days, when people bought e-books and read them on their tablets, e-book readers as long as the battery lasted. You could never "turn a page" literally nor you could find your location in the book, especially if you had to cite a reference for your paper or an article. Now people use printed books, which could be either new or old. Not only readers now do not have to worry about battery power, they can actually start conversation with people around them, who may notice them reading the book and become interested and start a conversation. Printed books can also add to the charm of the study room or a living room. People have reported that printed books often catch the attention of their guests and sometime they make an effort to flip through the pages. The writer of this piece hasn't met or known anyone yet, who actually picked up an e-book reader and browsed through the collection stored in. E-book reader only belongs to the person who uses it and the rest of the people around him hardly care.

In a world that is getting increasingly digitalized, people are slowly getting tired of instant gratification, the lightning fast response and the whole feel of "unrealism" or "hyper-virtuality". People now want to sit back, relax and ponder instead of mindlessly browsing. They do not need the information deluge that comes via the digital highway. They do not need high powered hand-held gadgets, which are 1000x more powerful than the computers that launched the first astronauts to the Moon, nearly half a century ago!

Unless, one is in the army or is a doctor, where split second can make a difference between life and death, war and peace, we need to ask ourselves the question, do we need such things in our lives to survive? I mean the personal computer I had 20 years ago with writing, sending email and doing the other works that I still do on a computer. The device has moved from desktop to laptop to palmtop. The processing power has been increasing inversely proportional to the size of the hardware. Every month or so, there is a new product launch and people queue up to buy these, junking or selling their old ones. The software that run on the hardware, has been ballooning, becoming more and more resource intensive. So if I download a new application or software, the chances are my computer's hardware cannot support the application's demand for CPU and memory resources and hence either I buy a new one, while junking a perfectly working computer or do not use the application at all, which might be critical for my project. Just to think about the enormous wastage of natural resources that goes into making these devices and the continuously piling up toxic landfill of old obsolete hardware can make you feel uneasy. As the poisonous substances leak into the ground and contaminates the our ground aquifers and ecology, the corporations making huge profits would rather not let you think about it, should it affect their bottom-line. That is why we have 24/7 television, new products launched every time someone blinks, so that all of us just focus on getting the newest gadget to show it off to people we know and to people we do not know. That is why we are constantly bombarded with advertisements, which urge us to buy more and more. We do not need wars to destroy the human civilization but mindless consumerism and profit chasing surely will make the planet unlivable one day.

Veiled In Vapour : A Documentary 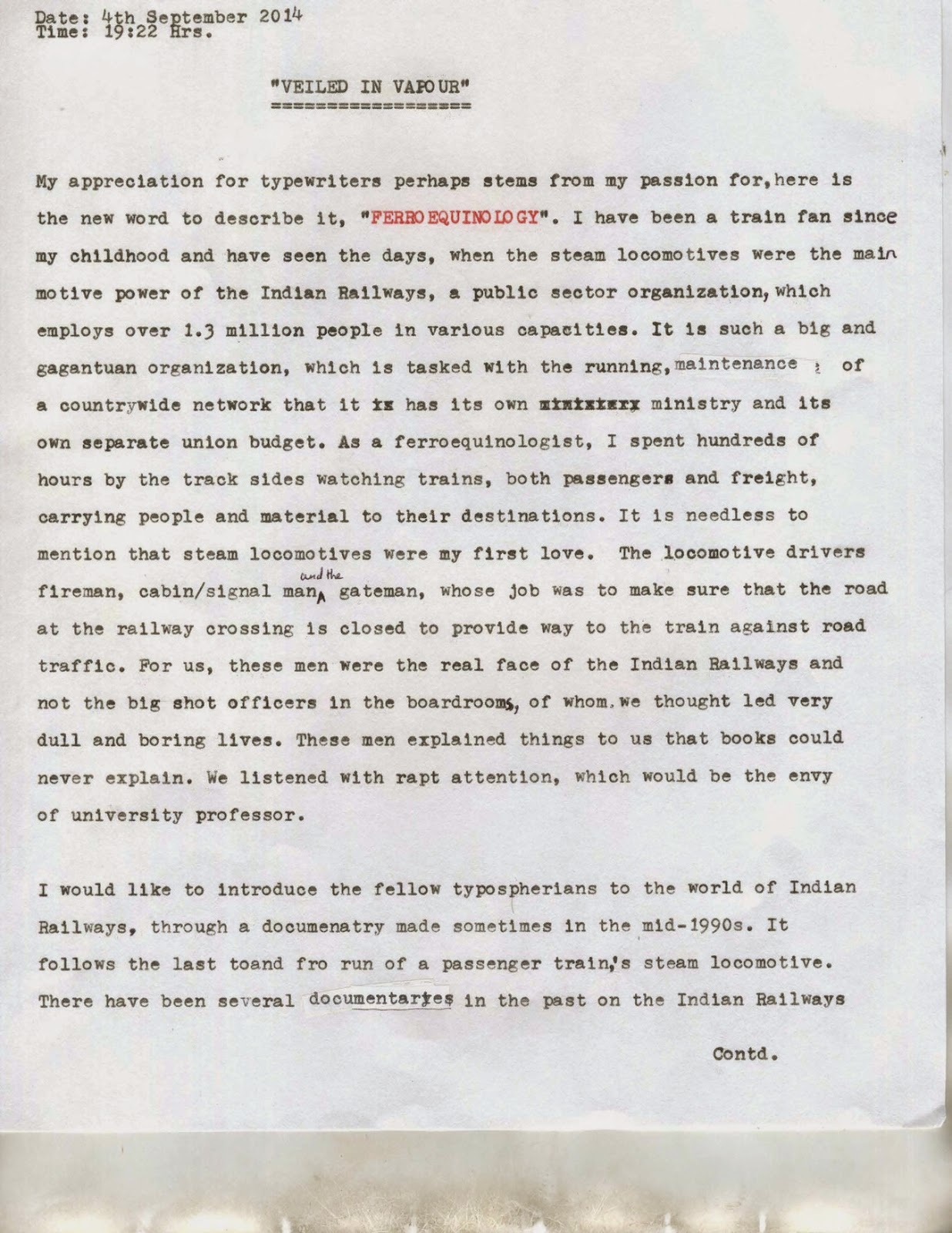 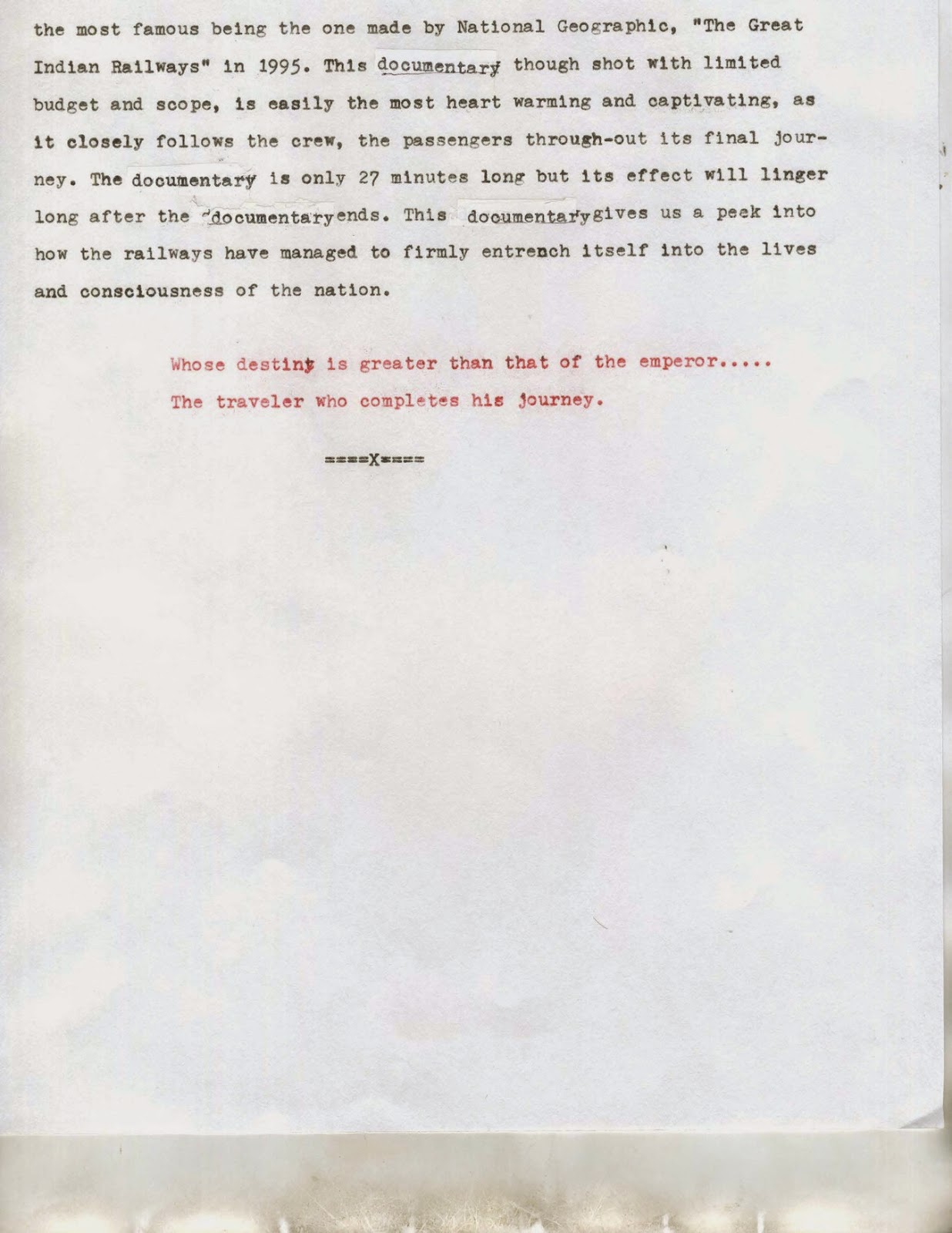 The Romance of Train Journey 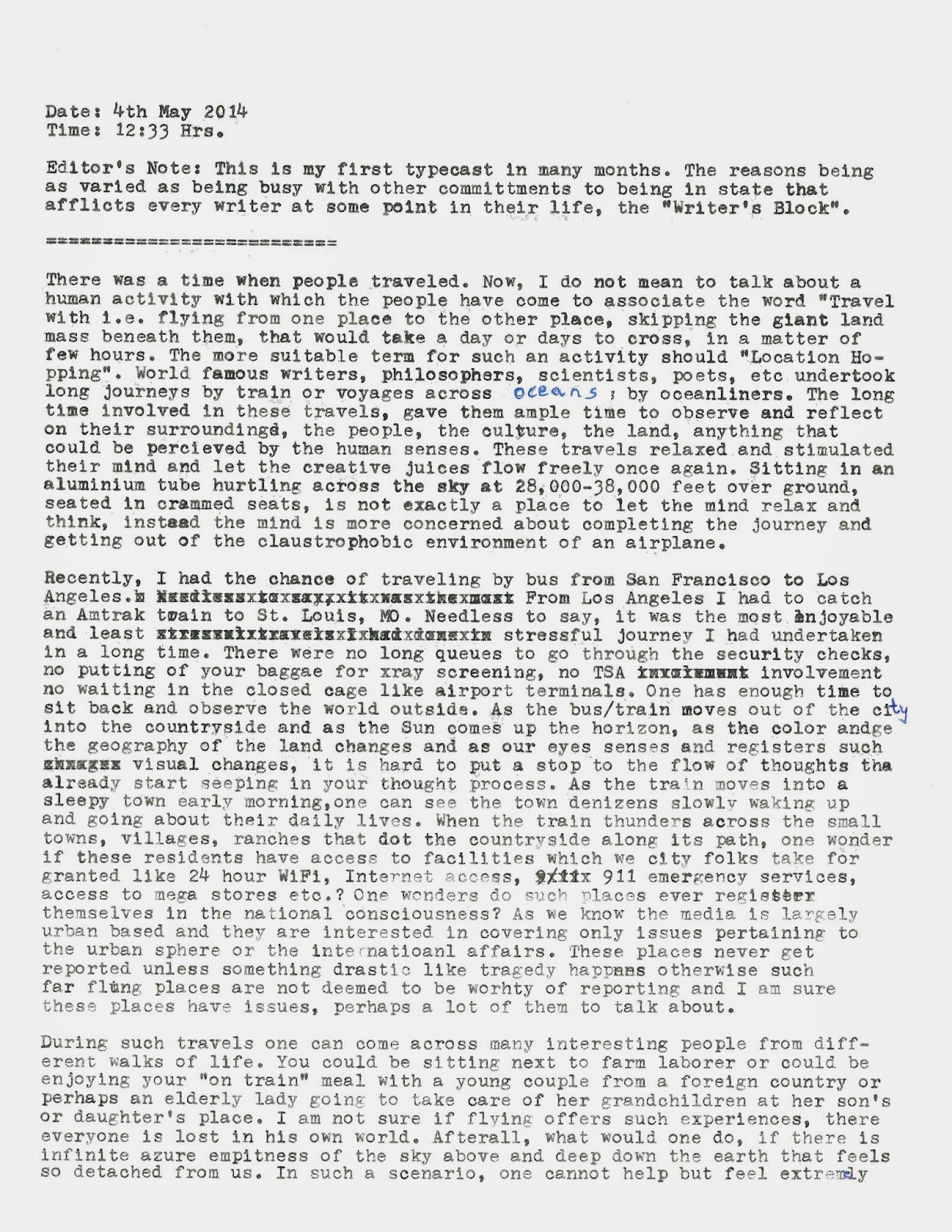 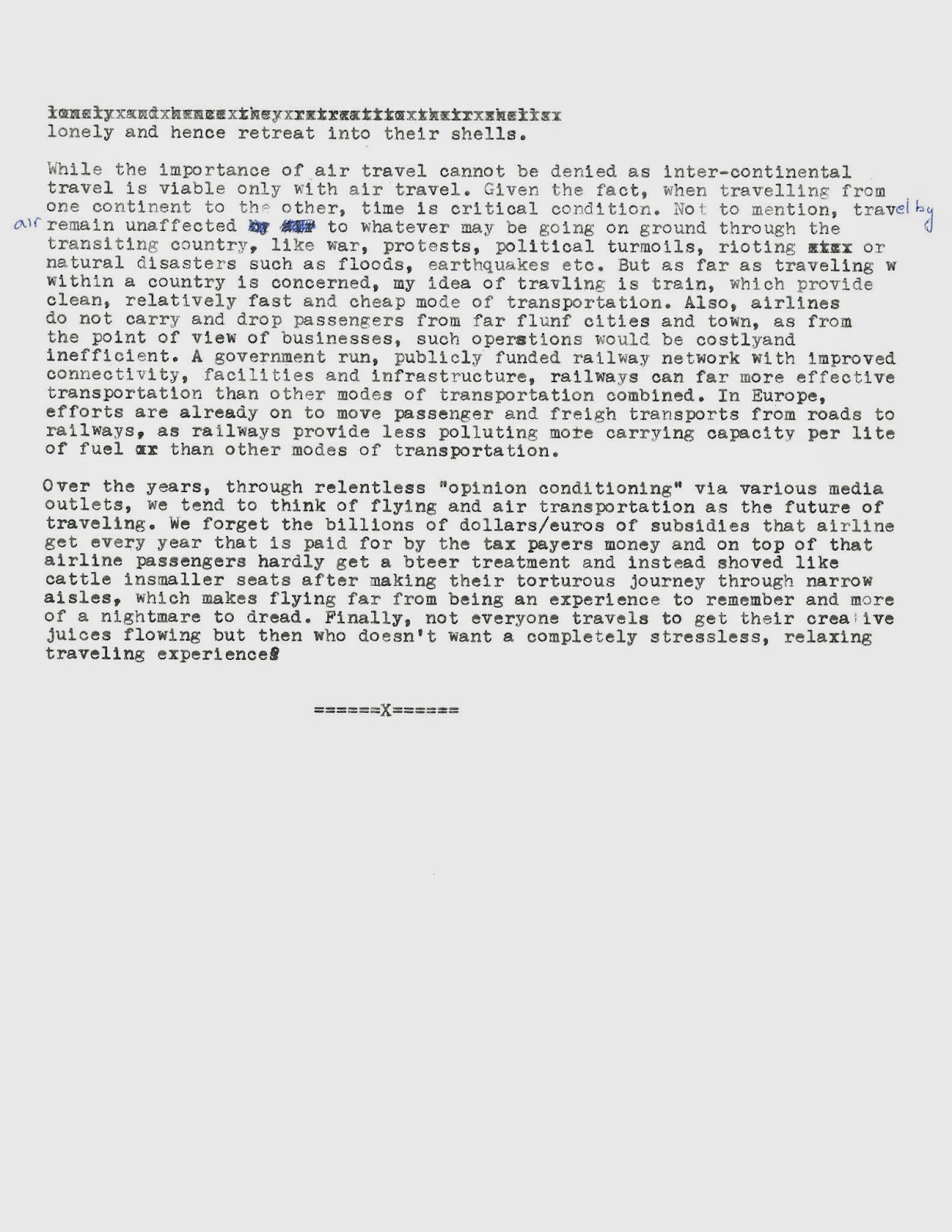 Looks like the future is of the typewriters is not all that gloomy. Going by the incursions of intelligence agencies into electronic message exchanges, which is becoming a serious issue between sovereign nations, the governments may actually go back to the non-digital ways of exchanging sensitive information, as shown by the Russian and the Indian government recently. Indian Railways, a public sector organization, which is more than 150 years old now requires its job candidates to be proficient in typewriting, as this report in the Times Of India states:

CHENNAI: As Aman Kumar typed away furiously on a rusty typewriter near a railway school at Ayanavaram on Saturday, a crowd gathered. But the 31-year-old was oblivious to everything except attaining the target of 30 words a minute on the rusty old machine he had brought all the way from Patna. There were many more like him at the ground.

At a time when even desktop computers are being inched out by laptops and tablets, railways tests candidates' typing skills, required to secure a job as junior accountant and senior clerk, on typewriters. And the candidates have to bring their typewriters.

Hundreds of candidates from across the country have arrived in the city, some lugging machines in huge bags and others carrying them on the shoulder. "I rented this machine from an institute near my house. This is a new city and I had a tough time finding the venue. Getting around the city with this large bag is difficult," said Kumar.

Getting Into Film Photography 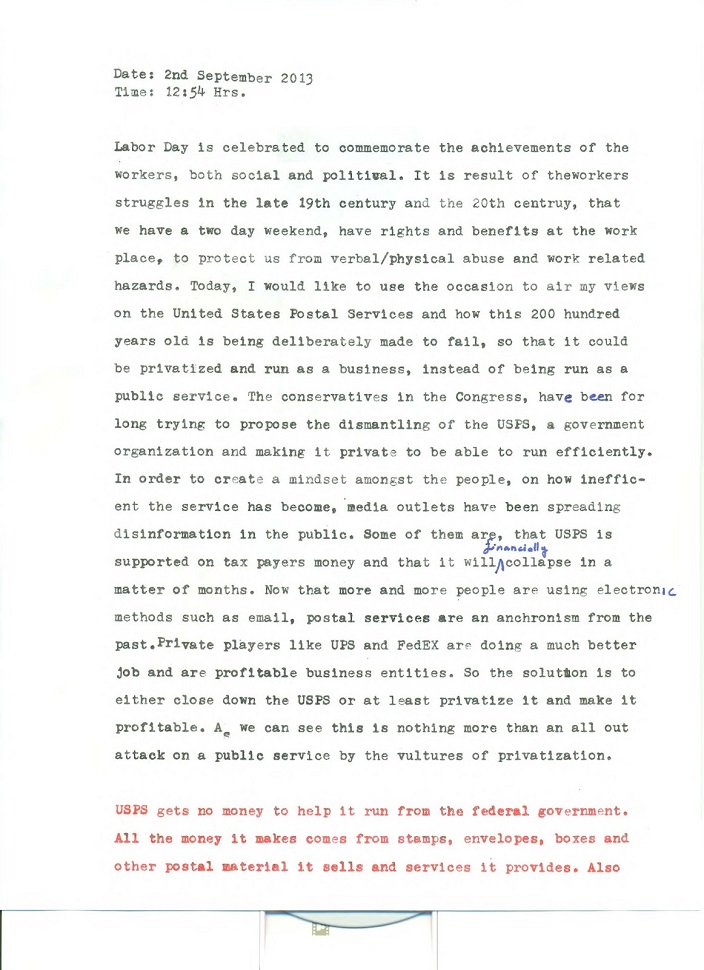 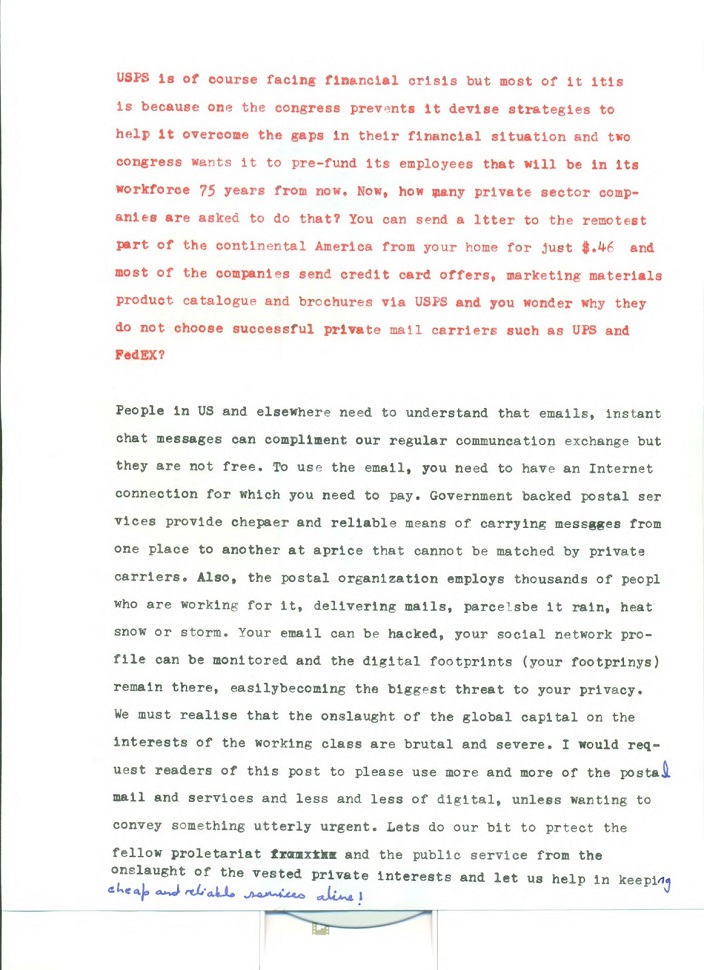